Can You Floss Too Much? 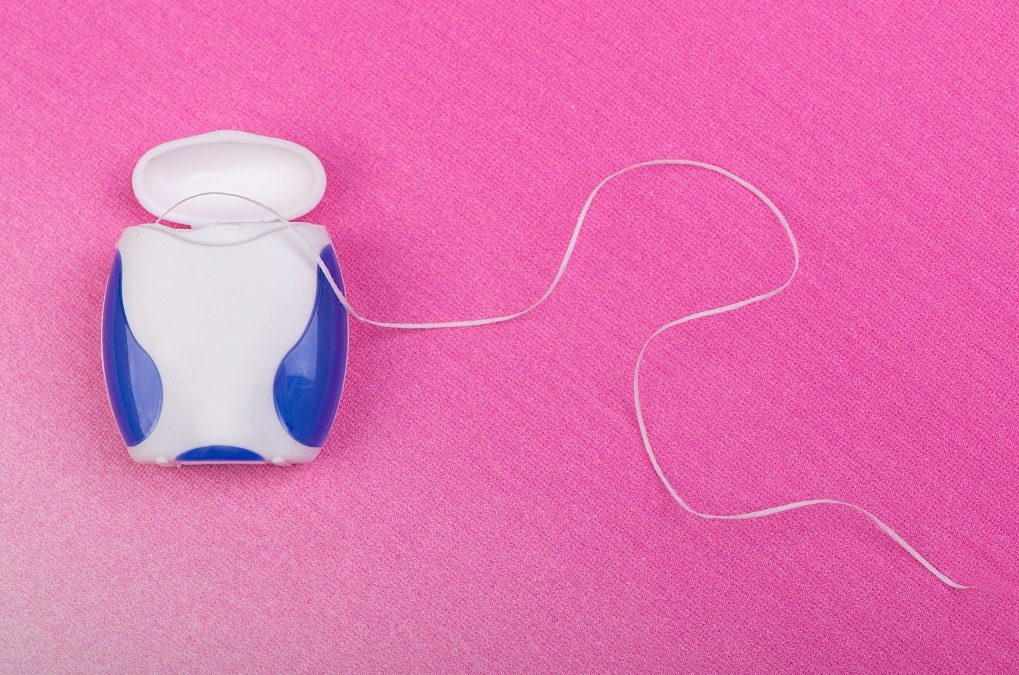 Any general dentist will tell you, flossing incorrectly can irritate gums and cause gum recession. But skipping the floss takes an essential element out of oral hygiene. It’s a low-risk, easy habit that prevents one of the most serious oral health issues: periodontal disease. We put together the best guidance about flossing to help you understand how much flossing is just enough and how to floss for maximum benefit.

What the research says about flossing

Back in 2016, the American Academy of Periodontology acknowledged that the research supporting daily flossing was weak because of lack of participants or long-term studies. A review of 12 randomized controlled trials published in The Cochrane Database of Systematic Reviews in 2011 found only “very unreliable” evidence that flossing reduces plaque after three months, and researchers could not find any studies examining if the combination of flossing and brushing prevents cavities.

Many Americans took that news as free reign to let go of the guilt surrounding not flossing their teeth. However, it’s important to understand that 1) most people do not floss properly and 2) severe periodontal disease may take five to 20 years to develop. Once it does, patients might need special cleaning treatments or even surgery. General dentists advise that periodontal disease is easily preventable with proper dental hygiene.

What your dentist says about flossing

Dental plaque causes periodontal disease, otherwise known as gum disease, which can lead to tooth loss if untreated. Despite it being the first question almost every dentist asks during a patient visit, nearly a third of Americans do not floss their teeth every day. Almost half of Americans say they exaggerate to their dentist about how much they floss.

The American Dental Association has long stated that flossing is an essential part of taking care of your teeth and gums, and dentists are confident that breaking up bacteria and plaque through brushing and flossing protects your teeth and gums. We know because flossing reduces the risk of gingivitis, which is usually the first step to periodontal disease.

How Often to Floss

Plaque-creating bacteria take 4-12 hours to develop. So, flossing more than once a day really has no benefits unless you have something stuck in your teeth. Dentists warn that flossing more than once a day can cause serious damage to your gum tissue—if you are flossing the wrong way. Flossing too harshly too often can harm the gum line and expose more of your tooth’s root. That’s not only painful, it also creates an opening for bacteria to creep in and cause cavities or decay.

Flossing Your Gums Instead of Your Teeth

Flossing is supposed to rub plaque off the hard-to-reach crevices between teeth. The purpose is to move plaque away from your gums, not into them. Dentists say you should always pull away from the gums when flossing: for upper teeth pull down with each stroke and lower teeth pull up. If you feel pressure on your gums or they turn white while you’re flossing, you’re causing yourself more harm than good.

Flossing too roughly can damage your gums or even cause gingival clefts. Never ‘saw’ at the base of the tooth as this just causes friction on your gums and can wear down tooth enamel. Dentists also say to avoid ‘snapping’ the floss between your teeth, which puts pressure on your gums and can cause them to recede. To get the floss between two tightly packed teeth, try working it back and forth while applying pressure.

Not Flossing around the Entire Tooth

So far, it sounds like the best way to floss your teeth is to simply slide the floss down and pull it back up. That’s only half the job. To make sure you get the entire tooth, you need to floss between it and each of its adjacent teeth. Otherwise, bacteria can easily accumulate and start a cavity on the unflossed side, making all your work for naught. The dentists’ pro tip is to create a C-shape with the floss, so you rub the entire side of the tooth at once.

Flossing After Brushing Your Teeth

Flossing removes plaque from its favorite places on your teeth much better than brushing. Also, toothpaste’s main purpose is to apply fluoride to teeth. If you’ve already removed the plaque between your teeth when you brush, the fluoride can adhere smoothly. Another dentist pro tip: floss just before bed to remove any remnants of food as well as resetting the bacteria clock when your teeth and gums are most vulnerable.

Not Using the Right Type of Floss

The right type of floss for you depends on the amount of space between your teeth. Waxed floss works best in tight spaces and dental tape—which is wider and flatter—helps cover larger spaces between teeth. Dentists recommend specialty tools like a floss threader or soft picks if you have a bridge or permanent retainer. People with sensitive gums can also try a water flosser.

Using the Same Section of Floss Between All of Your Teeth

If you are using the same section of the same piece of floss between all of your teeth, you’re essentially just spreading bacteria from one crevice to another. The friction of flossing and brushing after flossing helps to break up plaque, but dentists say simply winding the floss a bit as you work up the line of teeth can combat the risk of bacteria transport.

Quitting When Your Gums Bleed

In light of all the warnings about over flossing and flossing too harshly, it seems logical that blood would be a sure sign to back off. Dentists actually say that usually your gums bleed when you floss if you haven’t been flossing consistently. Your body sends extra blood to your gums to fight the plaque that’s collected there, which makes them inflamed and more sensitive. If this is occurring, you’ve already developed gingivitis, the first step on the road to gum disease. Dentists advise that rather than being a sign to stop flossing, bleeding gums should be a sign that you need to floss more consistently the right way.

How to Floss in 5 Easy Steps

After all those wrong ways to floss, let’s make proper flossing simple. Here are five easy steps to get it right, every day.

Step 2: Wind the floss around your thumb and pointer on each hand until you have about a two-inch section of floss between your fingers.

Step 3: Gently slide the section of floss between your teeth, rocking a slight pressure back and forth for tight spaces.

Step 4: Curve the floss into a C-shape around each tooth and slide it along the side of the tooth away from the gumline.

Step 5: Before flossing the next tooth, wind the floss more tightly in one hand while loosening it in the other, so you approach the next tooth with a fresh section of floss.

Lastly, make sure you visit your general dentist every few months for a professional cleaning. Dentists and dental hygienists will be able to spot any problems with your flossing quickly with regular visits and help you avoid receding gums, gingivitis or the eventual risk of gum disease. University General Dentists has some expertise in this area, with more than 30 years of experience and a long history of training the next generation of dentists. Schedule an appointment at our UT office at 865-305-9440 or at our West Knoxville office at 865-500-5700.